Car manufacturers spend years of development and testing before they put a new car model into mass production. Everything is controlled and tested, to find the best possible solutions and to fix problems before the new model goes to the assembly line. 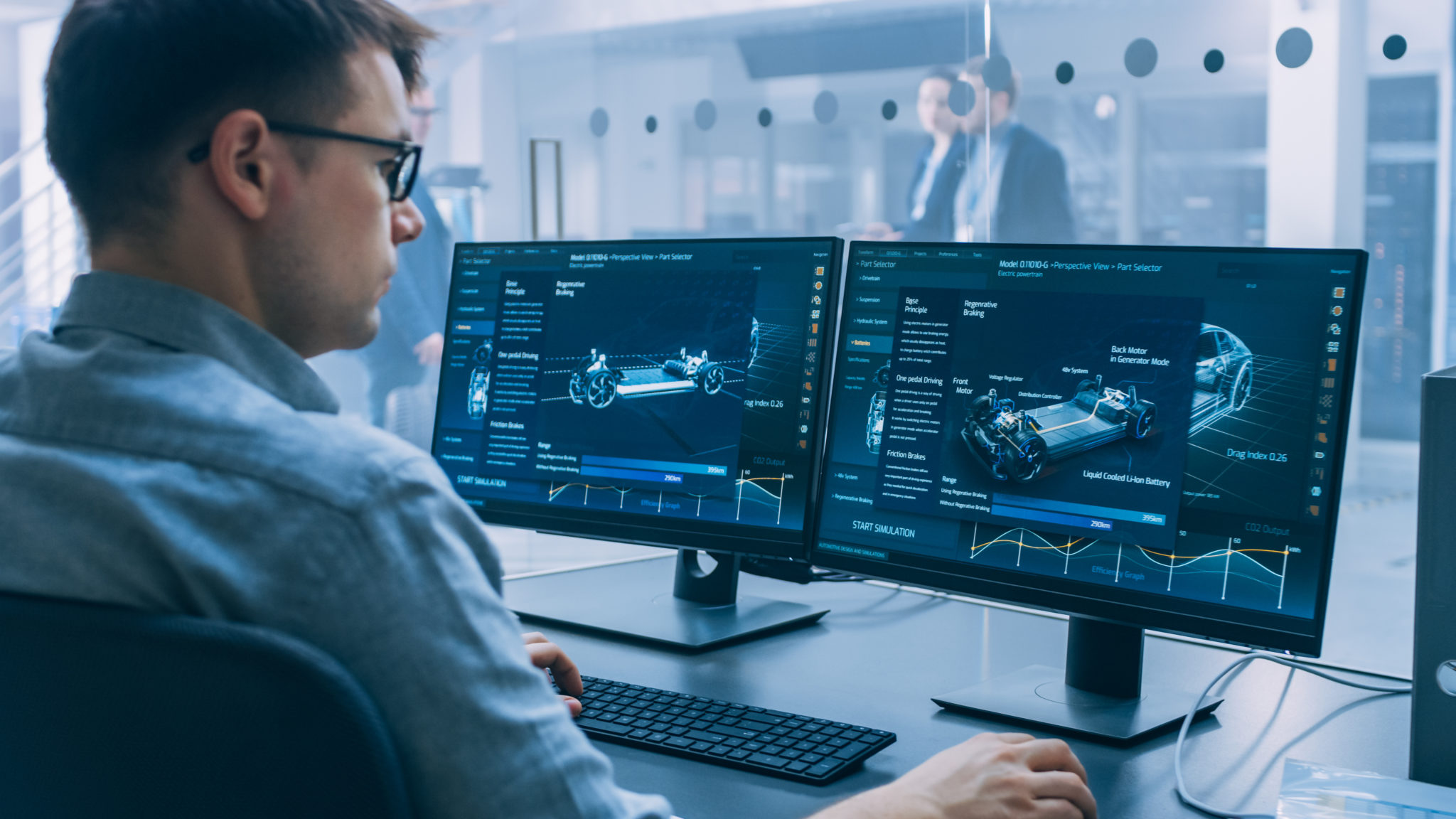 For that testing you need a large number of pre-production vehicles. To build them in all the different configurations needed, and to keep track of their specifications, you need a planning system. That’s where Data Respons subsidiary DONAT IT comes in.

As specialists in individual software for the automotive industry DONAT IT is helping BMW manage the production of test vehicles. Most recently it has developed a new cloud-based system to manage batteries and drivetrains of electric vehicles.

– It takes 5 to 7 years to develop a new car model, Jochen Scheikl, project manager at DONAT IT explains.

– So, if BMW plans to launch a new car in 2029, they start development now, including planning the parts and cars needed for testing. The tests cover everything: handling, aircon, radio, noise, suspension, crash tests etc., so that they can fix any problems before putting the car into volume production. To order and to specify these test vehicles they have a custom-built test management system, and we support and maintain that system.

– In 2019 BMW came to us and asked us to build a specific test management system for the components related to electrification. There are two main components: The high voltage battery replacing the conventional combustion engine, and the drivetrain, transmitting the energy from the battery to the wheels.

As these parts were fairly new to the development process, they were not managed in the main test management system, but kept in a separate Excel file, according to Jochen Scheikl. Over the years, that Excel file had grown and grown, from 100 lines to several thousand, representing millions of euros worth of equipment. Seriously overstretched, the Excel solution began to create problems.

Jochen Scheikl and his team were tasked with building a customized solution. In addition to that, BMW wanted a completely new platform for its test management software, to replace the existing, which was implemented some 15 to 20 years ago.

– We could have integrated the Excel data concerning the electric vehicle components into the old system, Jochen Scheikl explains.

– But instead, BMW wanted to gradually replace the old system with a new one and decided that the management system for the electric vehicle parts should be the first to go into that new system. So, we developed a cloud-based service cluster for them. In fact, this is the first application running on BMW’s own AWS cloud.

Jochen Scheikl and his team integrated four services into a private Amazon cloud. Apart from the management of parts used for the battery and for the drivetrain, it’s a user authentication service and a master data service. After an exceptionally fast development period of only 10 months from the first meeting to implementation, the system has gone into production. Also, the team has added more features to the service, mainly new interfaces to other systems in BMW’s test management and planning infrastructure.

To illustrate its size and complexity, the electric vehicle components system currently contains between 15 and 20.000 high voltage batteries used for testing purposes, and nearly twice as many drivetrains, as each vehicle typically has two drivetrains, one for the front axle and another for the rear axle.

From old to new system

From now on, according to Jochen Scheikl, BMW will step by step abandon its old test management platform and replace it with the new cloud-based service cluster. Isolated functions will be transferred to the new system, and over a period of a few years the old system will gradually be sent into retirement.

– It’s a delicate undertaking to replace a system that has been running for almost two decades. You can’t just cut it off and start a new one. It will take some time, and as we’re already very much involved in this transition, I hope BMW chooses to continue the partnership with DONAT IT on this journey.

According to Jochen Scheikl, the new system is much easier to maintain and to update. It consists of small services, each with its own data base. That means you can add a new function to for instance the Master Data service without disturbing the rest of the system. The cloud-based architecture allows for adding it online without any interruption. And if you want to add the new function to other services in the system, you can do it just as easily, without any shutdown. Furthermore, the system front-end is web-based and can be accessed with any computer or mobile device through a browser.

These are huge improvements compared to the old system. Java-based and containing millions of lines of code, it was difficult to maintain, and adding a new function required updating and testing the entire system.

– For DONAT IT this is a great project to work on. We’re experts in building individual software for the auto industry, and furthermore, we are full-service provider in this project. We’ve participated from the very beginning, collecting user requirements, doing workshops, developing and implementing the system, both front- and backend, software and hardware, data base – everything. Moreover, we do the maintenance and customer support, and we develop new functions and services according to the client’s needs. We’ve been deeply involved in this from day one, and we are rather proud of what we’ve done. Nor least considering, that this is one of the first systems running on BMW’s private Amazon cloud.